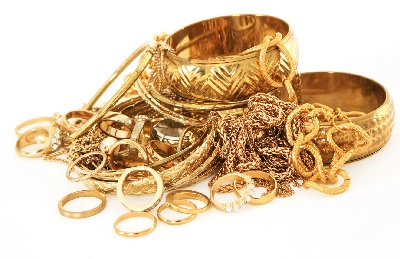 Reuters News service reports this morning that Gold producers aim to boost industrial demand for the precious metal by more than 50 percent within a decade through developing new uses in gas masks, air-cleaning devices and as a superconductor in electrical gadgets.

Currently the bulk of gold is used for jewelry, accounting for 80 percent of the 4,142 tons consumed in 2003, with industrial applications such as electronics and dental fillings taking up only 12 percent or 500 tons.

New uses for gold discovered by South African research group Autek are expected to lead to an extra demand of 280 tons in 10 years, Thompson said.

The first new commercial product developed by Autek, formed by South Africa’s AngloGold Ashanti in 2000, is a catalyst to be used in gas masks.

Gold can be used as a catalyst at room temperatures, unlike other substances such as platinum, widely used in auto catalysts to clean pollution in exhaust fumes.

Currently gas masks use carbon, but a canister with a gold catalyst to filter out carbon monoxide would be lighter and smaller.

Autek, which has 52 researchers and collaborates with 19 universities, started discussions with catalyst manufacturers about the gas mask product late last year.
The product is expected on the market in the first half of 2007.

The new product is expected initially to need around 10 tons of gold per year, but there is good potential to develop other catalytic devices using gold for cleaning air in homes and public areas such as restaurants.

Total use of gold in catalysts is expected to boost gold consumption by 200 tons within 10 years.

The other main new industrial use for gold would be in as a layer in high-temperature superconductors for use in electricity transmission and electrical devices.

Autek is also busy working on a host of other applications for gold, including biomedical uses as an anti-cancer treatment.

One research project in cooperation with the universities of Liverpool in the UK and Parma in Italy is developing medical uses based on nanotechnology. A nanometre is one millionth of a millimetre.

Applications would include a highly sensitive biosensor, to do multiple tests on a single droplet of blood.

Ramifications of these Industrial uses for Gold is for Gold Jewelry Prices to go significantly higher over the next few years.